Converting from a charitable association or trust to a company

Introduction
Why convert?
Are there any disadvantages to conversion?
Will the charity operate in the same way after conversion?
The conversion process
Practical considerations
Other options
Our services
Useful Links
Related topics

The practice of converting from an unincorporated charitable association or trust to a so-called 'charitable company' is becoming increasingly popular among trustees of existing charities, not least because of the various benefits which it confers. If the conversion is carried out properly, then the charity should appear to be continuing as it always has done, without disruption. It will retain its charitable status, and will still be able to raise funds for the furtherance of its objects. In reality, though, the charity will be undertaking major changes to its constitution, as part of its transformation from an unincorporated association to an incorporated body. At the end of the conversion process, the charity will, in effect, have 'dual status': it will still be registered with the Charity Commission, and will still need to abide by the law as relates to charities; however, it will also exist as a limited company, registered at Companies House and subject to all of the same legislation as any other limited company registered in England and Wales.

There are several advantages to incorporating an existing charity as a company, and these are explained below.

Traditionally, charities have been set up as trusts. In this scenario, the people who want to run the charity (the trustees) will sign a declaration of trust (or 'trust deed'), signifying that they are to hold property on behalf of the charity in order to further its charitable purposes. The trust, though, has no separate legal personality from its members, because it exists as an unincorporated association. In short, this means that the trustees can become personally liable for any debts incurred by the trust, and there is no limitation on their liability.

As the result of its status as an incorporated body, a company exists as a separate legal 'person' from its members and directors, and therefore the debts it incurs are the company's liabilities and not directly the legal liabilities of the people who run it. This is known as limited liability, and is a feature common to most companies, whether or not they happen to be charitable in nature. Most incorporated charitable enterprises tend to be limited by guarantee, which means that the liability of the company's members is limited to a fixed sum of money ('the guarantee') which is specified in the company's articles of association, and is usually £1.

Hence, one of the main reasons why charity trustees might wish to undertake conversion from a charitable trust to a charitable company is to benefit from the limitation of personal liability that such a move would confer. Should things go wrong financially - assuming that the trustees (who are also usually directors of the company) have not acted wrongfully, fraudulently or in breach of duty - then the company will bear the burden of its own debt, and the trustees' personal assets will be protected.

Because an unincorporated association, such as a charitable trust, does not have its own legal personality, it is unable to hold its own assets. Instead, the legal title to any assets used for the purposes of the charity needs to be held by someone else - usually, in this case, one or more of the charity's trustees. As explained above, this has implications with regard to the personal liability of the trustees; however, it can also be disadvantageous for other reasons. For example, if the charity owns freehold or leasehold property, it is often simpler and easier for that property to be dealt with on a practical basis if the legal title to it is owned by the charity rather than the trustee. Similarly, it is easier for an incorporated body to administer financial assets, such as investments or bank accounts, if those assets are held in its own name.

An incorporated entity, in its capacity as a discrete legal personality, can have documents signed in its own name. Hence, it is often a lot easier, in practical terms, for an incorporated body to enter into contracts (for example, with a commercial landlord or other service provider) than would be the case for a charitable trust. Similarly, it is generally much less troublesome for such a body to administer employees' contracts of service, and also to deliver charitable services as part of a contractual agreement. Where a charity is likely to be doing any of this on a more than infrequent basis, it can therefore be extremely beneficial to switch to limited company status.

Are there any disadvantages to conversion?

The main disadvantage of conversion is that, because the charity will now be a company as well as a charity, it will be answerable to Companies House as well as to the Charity Commission. This means that, in addition to its existing responsibilities, the charity will now have to file accounts and annual returns at Companies House. While this is not usually a major issue, it is worth noting that a new type of organisation - the Charitable Incorporated Organisation (CIO) - has been created as a means of providing an alternative to the standard charitable company which is less onerous with regard to its administrative requirements.

Will the charity operate in the same way after conversion?

The answer to this question depends on the extent to which the rules and regulations which governed the old charitable trust are to be duplicated in the constitution of the new charitable company. If the new company's articles reflect broadly the constitution of the existing charity, then it is likely that not much will be different in terms of the way in which it is run - aside from the obvious effects of the enterprise becoming subject to the provisions of wider company law. However, many charities see the conversion process as a good opportunity to update or change provisions which may be out-of-date, or which may have become inappropriate for their needs. As such, any changes made may well influence the manner in which the business of the charity is carried on subsequent to incorporation.

In reality, the charity will not actually be 'converted' to a company in the literal sense. Instead, a new limited company will be formed, which will be registered with the Charity Commission in its own right and which will subsequently take on the assets and undertaking of the existing charitable association. The new company will need to have special articles of association, which are drafted bespoke taking into account the nature and constitution of the existing charity and the wishes of its trustees, and which also conform to the requirements laid down by the Charity Commission.

Once all of the assets have been transferred, the old charity can be wound up, or kept on as a 'linked charity' if desired. During this process - provided that it is handled properly - there should be minimal (if any) disruption to the work which the charity undertakes, or to its appearance to the 'outside world'.

Aside from the legal elements which are part and parcel of the incorporation of an existing charity, there exist a number of important practical concerns which should be addressed. Most importantly, the manner in which the assets of the existing unincorporated association are to be transferred to the new charitable company is something which merits close attention - this can be done by various means, such as a transfer agreement, a vesting declaration or a charitable gift. Similarly, the process of identifying what these assets actually consist of in the first place can be a time-consuming and onerous task.

Winding-up accounts should also be prepared, and any new or existing bank accounts, and the funds therein, dealt with appropriately. It is highly likely that HMRC will also need to be informed about the change, as will any service providers such as insurers and accountants.

If a charity wishes to become incorporated, it does not necessarily have to become a charitable company in the manner set out above. There may also be scope for the charity to become a Community Interest Company, or (from late 2010) a Charitable Incorporated Organisation. For further information, please see converting to a CIC.

We have vast experience of forming new charitable companies and of incorporating existing charities. We are able to advise on most aspects of the law relating to charitable companies, and regularly undertake drafting and other solutions work on behalf of charitable enterprises. For more information, please see our prices page or contact us for advice or a quote. 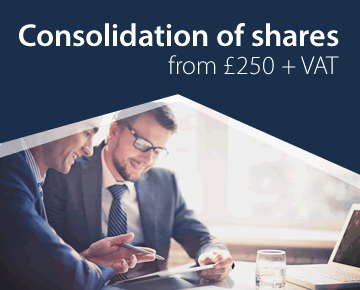