There are many different reasons why an individual or group of people might wish to form a community company or social enterprise, or convert their existing organisation to one. Generally, there is likely to exist a wish to benefit a community or certain section of a community, or to raise funds for some other social or charitable purpose. However, the various different 'vehicles' within which a community organisation can be formed each has its own advantages and disadvantages, and the choice made is usually dependent on which would be best suited to the venture in question. Some of the more common reasons for setting up some of the major specific types of community company are set out below.

Community Interest Companies (CICs) are a relatively new legal form allowing people to set up a limited company specifically to benefit the community or a section of the community. CICs are not charities, and as such are not subject to many of the tax and other advantages conferred by charitable status. On the other hand, however, CICs are not subject to the onerous regulation that often comes with registering and running a charity. They are able to have a much more commercial nature, and as limited companies, offer limited liability to their directors as well as the ability to issue shares and pay dividends.

Charitable Incorporated Organisations (CIOs) are a brand new form of incorporated charitable body, and they are due to become available to register during early 2011. Unlike CICs, all CIOs will have charitable status, and they are designed to be a more efficient way to run a charitable venture. CIOs should be easier and quicker to incorporate and run than standard charitable companies, owing to the fact that their regulation is not as complicated or onerous.

Community Amateur Sports Clubs (CASCs) are regulated by HMRC, and provide a form under which sports clubs can be registered to receive various benefits (provided that the constitution of the club in question contains certain provisions). CASCs can take advantage of various tax reliefs, including exemption from Corporation Tax on various different types of income, business rates relief, capital gains reliefs and Gift Aid. They therefore represent a useful means of allowing sports clubs to save money and provide further benefit to the communities in which they are based. A very wide variety of different types of sports club are eligible to become CASCs.

There exist various other forms of community company, including (among others) Charitable Trading Companies (CTCs) and Industrial and Provident Societies (IPSs). Each of these has a different specific make-up, and all are put to a variety of different uses depending on the type of enterprise involved. We are happy to advise on which of any of the above would be most suitable for your own organisation. Please contact us to discuss your particular requirements. 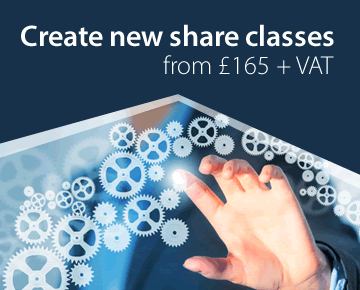 What our customers say

Community Companies helped us through every stage of the incorporation process. We were delighted that the incorporation was completed so quickly. They answered all our questions in a straight-forward way and made positive suggestions and contributions throughout the process. We would happily recommend them to any community organisation that was thinking of incorporation.